One of my early memories included walking down the railway line towards Pingo with my Dad and seeing a purple crested loerie with wide open purple wings and emerald green body gliding below and away from us into the nearby trees  –  what a beautiful sight. We then took a short cut through the tropical bush, from near the later Dickens Road bridge over the railway line, towards the “new village’ only to be confronted by a large eye-height bush buck i.e. Nkonka. Both sides stared at each other for what seemed to be a long time before the buck simply turned around and trotted away at an unconcerned pace further into the trees. 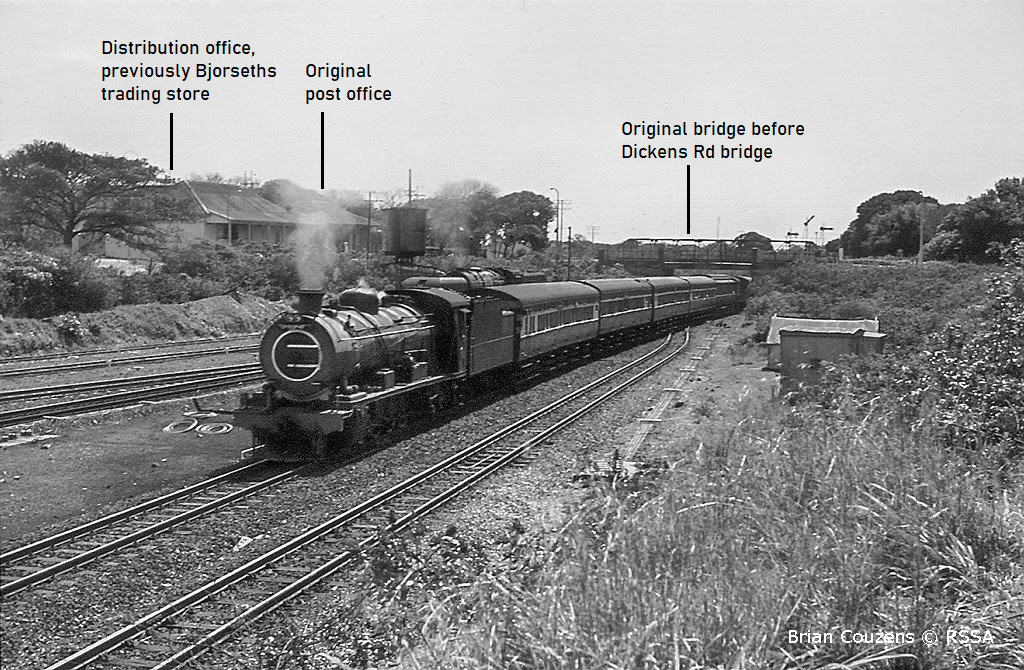 Walking along the railway lines towards Durban or Toti, e.g. to go to the bird sanctuary in Umdoni Road, was not uncommon in those days as the steam trains could be heard from miles away. Prior to electrification the trains running from Pingo to Twini had to negotiate the Twini Hill, the grades of which dramatically affected the speed. The following extract (approximately 1930s) from “My Story  –  A Family Saga” by Malcolm Stewart is worth quoting here as it also had relevance in my time. The article itself also gives a great insight into the early days of Warner Beach, Doonside and Toti.

“In the vicinity of Umbogintwini there was a long steep gradient which the locomotives of the time surmounted only with great difficulty, and at a veritable snail’s pace, in spite of the most valiant and strenuous efforts of the engine crew, and so, as a diversion from the tedium of the journey, young blades would hop off the train at the bottom and trot alongside, beating the train to the top where they would once again gleefully rejoin. This was quite contrary to regulations and was done in a spirit of tempting fate and retaliation, but nevertheless, they always took great pains not to reboard the train in the carriage in which the ticket examiner was working.

The lawbreaking pranksters possessed two great advantages however. One was the plumes of coal dust grit, spewn into the air, and the other was the thick black smoke billowing over the train, both of which were necessitated by the need of the engine crew to build up the required head of steam, but both of which also made ticket examiners, and guards, as well as the other passengers very averse to looking out open windows to identify culprits. In fact, one’s proximity to the Umbogintwini hill could be very accurately judged, from the crashing of train windows being raised by experienced travellers, keeping out the smoke and dust.” 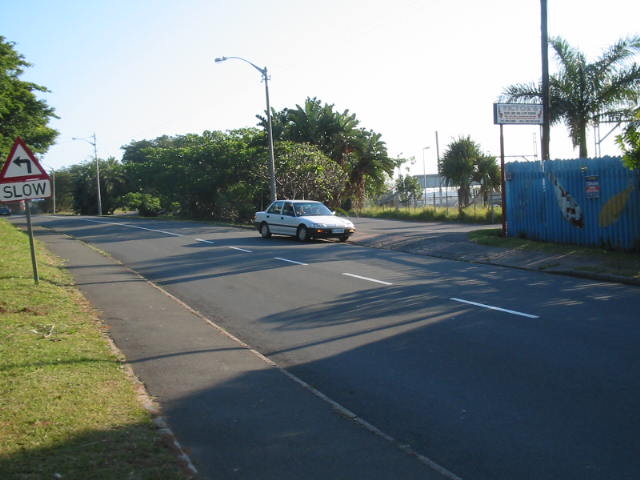 The article not only gives some idea of the conditions in the passenger steam trains but also relates to my time when heavily loaded sugar cane trains heading from Pingo to the Illovo sugar mill would chug up the hill. The trains were so slow that local lads would jump onto the moving wagons and strip off the sugar cane by throwing the sticks to the edge of the track until the guard at the end would go ballistic. The lads would then jump off the wagons to return later to pick up the cane sticks and have a great feast on the nature strip below our place. It was not unusual for heavily loaded goods trains to also leave half of their load on the Pingo flats and then return to pick it up after leaving the first half at Twini after negotiating the hill. Needless to say all the shenanigans came to an end when the rail was electrified. The passenger service was very well patronised in my time. When the Royal Show was on in Pietermaritzburg, Standard 5 kids from Twini Primary would even catch a regular service at about 6.30 AM before connecting with the special train to get to Maritzburg around 10 AM, before doing the return trip starting around 2 PM. Rabbit pelts, fairy floss and toffee apples were always popular buys at the show.

The Railway Society of South Africa (RSSA) Natal Branch have graciously permitted the use of the photographs, taken by past members, shown in the website. They have a very impressive website worth looking at, showing many photos of stations along the south coast line. Many photos of Merebank, Reunion, Toti, Warner Beach etc are included, which I feel sure will bring back many memories. 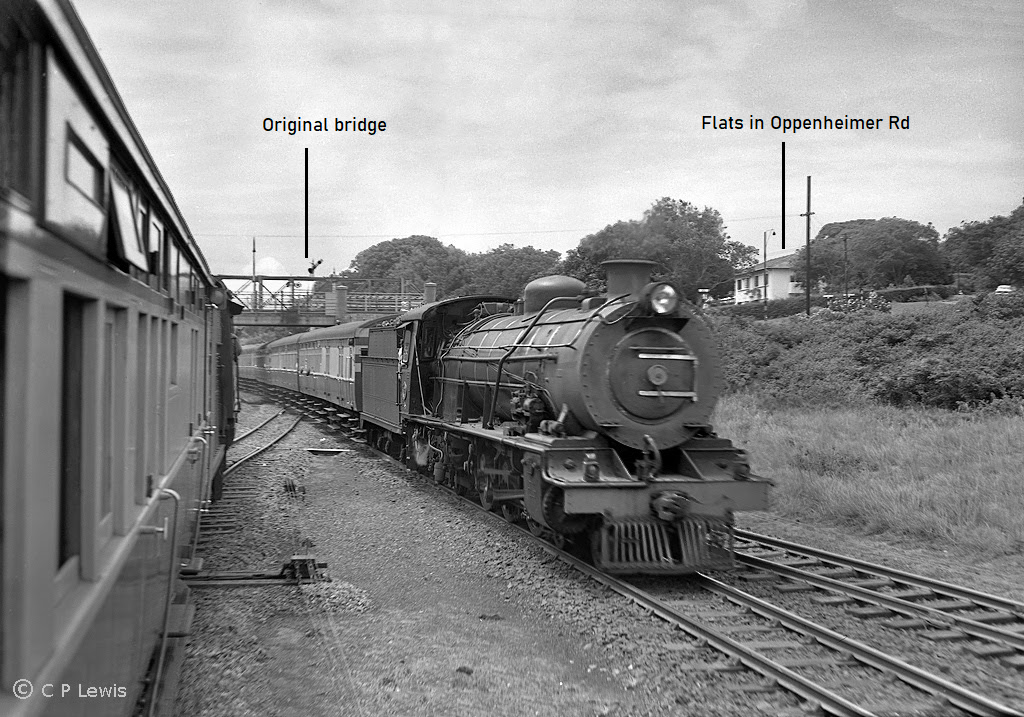 My family also have a long association with the railways with my father’s grandfathers on both sides having worked for the Natal Government Railway. The May 6th 1951 Sunday Tribune article below covers my great-grandfather and great-grandmother Hume’s story. You will see that major floods and the Illovo bridge figure prominently. 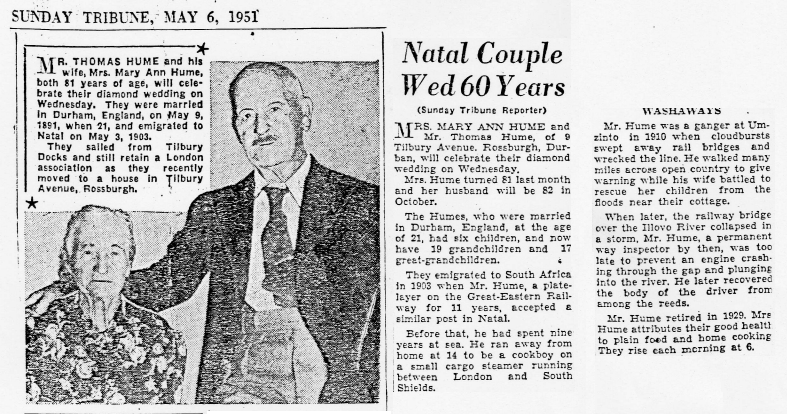 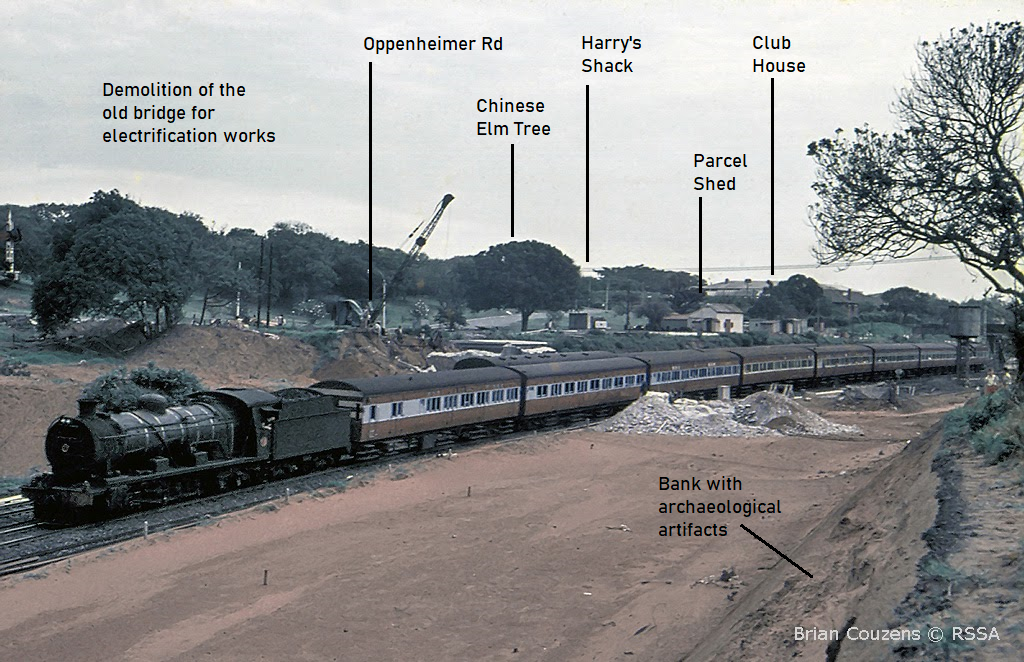 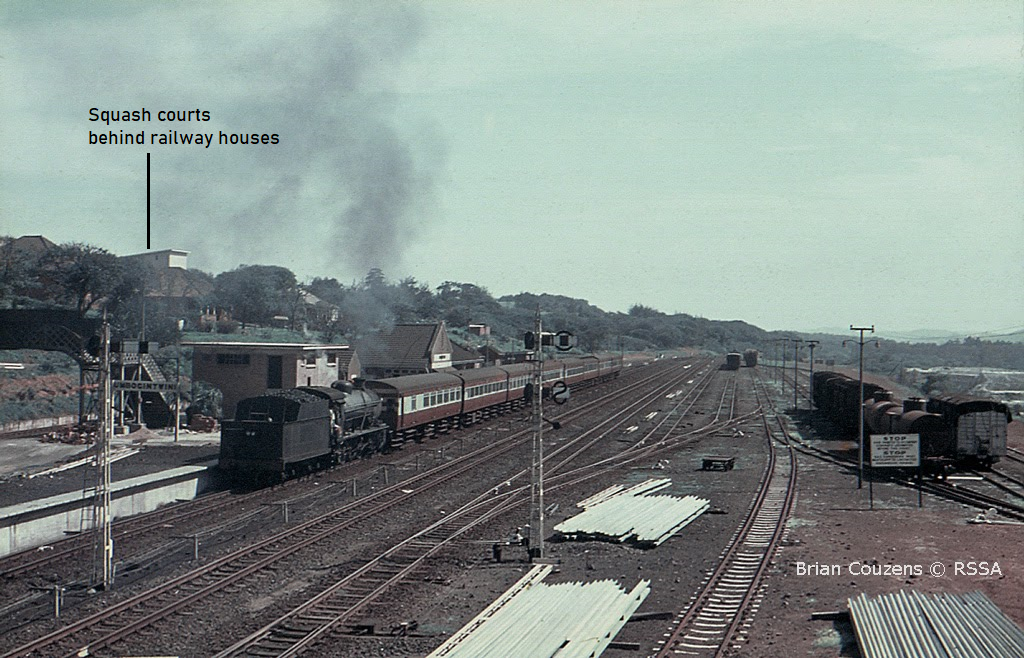